Which Hogwarts House Do You Belong In?

As we all know, everyone who follows Harry Potter’s lead and comes to Hogwarts for a 7 year wizarding education, enters a house according to their talents and skills. We met the Sorting Hat from the books and movies. Every year, Sorting Hat is put on the head of new students and decides which houses students will join. Hogwarts has 4 houses; Gryffindor, Ravenclaw, Slytherin and Hufflepuff. 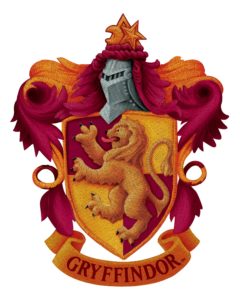 Gryffindor
This house focuses on justice, loyalty and heroism. Harry Potter is also in this house. This building, represents power with its lion logo covered in red and gold. It’s the most mentioned and detailed house in the book. The entrance of the building is in the 7th floor. The entrance is located behind the portrait of a fat woman dressed in a pink dress and can only be opened with a password. Inside, there are comfortable armchairs, a wonderful fireplace and dorms. Almost Headless Nick is the ghost of this building and his head is almost seperated from his body! He always help Gryffindors when in danger. In addition to the courageous aspects of the Gryffindors, they have daredevil and warrior qualities that love to stand out. It is also stated that some Gryffindors have short temper. Gryffindors and Slytherins compete fiercely due to their founders Godric Gryffindor and Salazar Slytherin’s emphasis on pure-blood wizards. Harry and other Gryffindors sometimes feel misunderstood because they fight fearlessly to win. 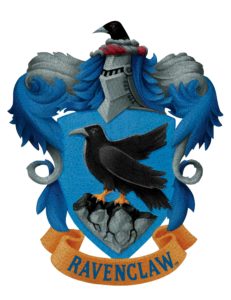 Ravenclaw
This group, which step forward with its academic achievements and discipline, has an eagle emblem in blue and bronze. Ravenclaws are very similar to the Gryffindors also very successful in witchcraft. With the most intelligent students of Hogwarts, Ravenclaws are engaged in an academic career. With different spells and practice techniques, most Hogwarts people admire them.
The daughter of Rowena Ravenclaw, the founder of the building, became the ghost of the building after her death. The building’s ghost, Helena Ravenclaw, is known as the “Gray Lady”. Ravenclaws not only care about logic, they also contribute to all areas of art with their creativity. Most painters, musicians, writers of Hogwarts are here! 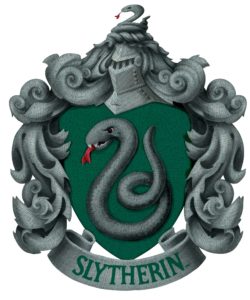 Slytherin
Welcome to the most criticized and stubborn house of Hogwarts! It is the most ambitious building of Hogwarts. It has a silver snake symbol over green color. Founder Salazar Slytherin wanted only pure-blood wizards to join this group. This group was considered more insidious and destructive than other buildings. They really care about friendship and loyalty. Slytherins have a very close and strong bond between them. Slytherins will do everything they can to win, as Sorting Hat says. Their ambition and magic skills are among their prominent features. Actually, Harry Potter was asked to join the group, but he went to Gryffindor. 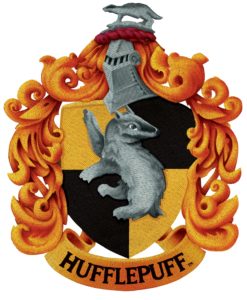 Hufflepuff
Hufflepuffs care about peace and brotherhood. Their emblem has a badger in yellow and black. This group, who doesn’t like Slytherins at all, gets along well with the Gryffindors. Hufflepuff students are known for being friendly, loyal, honest and fair, they don’t like competition much. Fat Monk, the most popular ghost, is the ghost of the Hufflepuff building. Fat Monk gets along well with all the students thanks to his funny character.

You can find all of the Harry Potter and Fantastic Beasts characters at DOGO! So, which building would you like to be in?