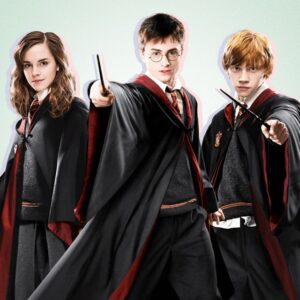 As we all know, everybody who watched the movie is a fan of Harry Potter. Since 2001 Harry Potter has had a very special place in all of our hearts until its inevitable ending in 2011 because nothing lasts forever. Through the 10 years, we grew to be a part of the Wizarding World and embraced Hogwarts deeply. We all wanted to see the demise of Lord Voldemort and we bet that you took a deep breath after the last movie, even though we were crushed because it was the end. We don’t know which character you are a fan of, but we have a special list of interesting facts about the Harry Potter movies that you probably didn’t know about.

1- The author J.K Rowling and Harry Potter share the same birthday!
They were both born on July 31. As you remember in the movies, Snape talked about the prophecy that led to the death of Harry’s parents at the hands of the Dark Lord. He said the prophecy mentioned a boy who was born at the end of July.

2- The Dementors we first saw in The Prisoner of Azkaban are based on the author J.K Rowling’s struggle with depression after her mother’s death.
Rowling’s mother had a fatal disease called multiple sclerosis. Unfortunately, she passed away in the year 1990 and Rowling reflected her emotions into the books by creating the creepy creatures that feed of feelings called Dementors.

3- J.K Rowling created the game Quidditch after a fight with her boyfriend.
We all know fighting is upsetting especially with someone close. Rowling must be really upset to create a game that you get hit as hard as American football. Not only did she create it she was inspired by the desire of her boyfriend to get hit. We’re surprised too! 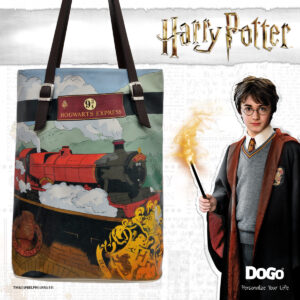 5- The Nimbus 2000 wasn’t your regular broomstick.
We all wanted to take a ride on a broom at least once, maybe play a match of quidditch or just a simple tour around Hogwarts. The broomsticks used in the movies aren’t regular house brooms, they were made specifically by a modeler and made with aircraft-grade titanium. They had to be thin but durable so the actors could ride them without them breaking.

6- The actress playing Moaning Myrtle was 36 years old.
Even though Dumbledore was close to 150 years old he didn’t look a day over 70, Shirley Henderson however, the actor who played a 14-year-old student was 36 years old! Maybe because of the special effects we couldn’t recognize but props to Shirley for getting away with it.

9- Dumbledore was gay!
Ever wonder why the Dumbledore we all love never had a woman in his life or ever mentioned any. I guess now we know, he was in love with Grindelwald; the man who gave the location of the Elder wand to Voldemort.

As DOGO we brought your favorite Harry Potter designs to life and printed them on our bags and shoes. Every design is made by expert designers with much creativity. DOGO uses vegan leather on its products and in that way we ensure animal welfare and sustainability. Make sure to check out our licensed products on our website including Warner Bros, The Little Prince, and many more!